Marshall Clayton Jensen’s job is to fix things for the people too weird for the government to touch—witches, fairies, monsters. When Clay finds himself on the receiving end of a witch’s curse following a breakup from the love of his life, a fairy named Cora, Clay enlists the help of his best friend Doc Irene and his ex-girlfriend’s promiscuous sister Adelaide to search for a cure before time runs out.

Five boys attacked her.
Now they must repay her with their blood and flesh.

Bethan is the apprentice to a green healer named Drina in a clan of Welsh Romanies. Her life is happy and ordered and modest, as required by Roma custom, except for one thing: Silas, the son of the chieftain, has been secretly harassing her.

One night, Silas and his friends brutally assault Bethan and a half-Roma friend, Martyn. As empty and hopeless as she feels from the attack, she asks Drina to bring Martyn back from death’s door. “There is always a price for this kind of magic,” Drina warns. The way to save him is gruesome. Bethan must collect grisly pieces to fuel the spell: an ear, some hair, an eye, a nose, and fingers.

She gives the boys who assaulted her a chance to come forward and apologize. And when they don’t, she knows exactly where to collect her ingredients to save Martyn.

Florida’s Everglades: sleepy and backwoods, beautiful, dangerous… and home to an ages-old war between the Gorgons and the Lamia.

Tanis Barlas is, in no particular order, a daughter of Lamia, a snake-woman, a killer, and a hunter, collecting men to mate with her mother and continue the precious line. She hates it, like she hates her messed-up family and everything that goes with it.

But now Lamia’s favourite daughter has gone missing, and it’s down to Tanis to bring her back. She is dispatched to enemy territory – the snake-haired gorgons, whose turf stars at the edge of the swamp – to find her, starting a chain of events that will change every part of her life…

Mary lurks in the emptiness, in the darkness . . . in the reflection. That is, until Jess unleashes her into the world. Now Mary Worth is out, and her haunting is deadlier than ever.

No one is safe.

Shauna, Kitty, and Jess must band together to unearth the truth about Mary’s death, to put her soul to rest for good. Their search leads them back to where it all began-Solomon’s Folly, a place as dangerous as the ghost who died there a century and a half ago. Quicksand, hidden traps, and a phantom fog are the least of their worries. To stop Mary, they need to follow a dark string of clues and piece together a gruesome mystery that spans generations.

But time is running out.

As chilling facts come to light, Mary inches ever closer to her prey. Can Jess, Shauna, and Kitty break Mary’s curse before it’s too late? Or will history repeat itself until there is no one left to call her name . . . ?

There is a right way and a wrong way to summon her.

Jess had done the research. Success requires precision: a dark room, a mirror, a candle, salt, and four teenage girls. Each of them-Jess, Shauna, Kitty, and Anna-must link hands, follow the rules . . . and never let go.

A thrilling fear spins around the room the first time Jess calls her name: “Bloody Mary. Bloody Mary. BLOODY MARY.” A ripple of terror follows when a shadowy silhouette emerges through the fog, a specter trapped behind the mirror.

Once is not enough, though-at least not for Jess. Mary is called again. And again. But when their summoning circle is broken, Bloody Mary slips through the glass with a taste for revenge on her lips. As the girls struggle to escape Mary’s wrath, loyalties are questioned, friendships are torn apart, and lives are forever altered.

A haunting trail of clues leads Shauna on a desperate search to uncover the legacy of Mary Worth. What she finds will change everything, but will it be enough to stop Mary-and Jess-before it’s too late? 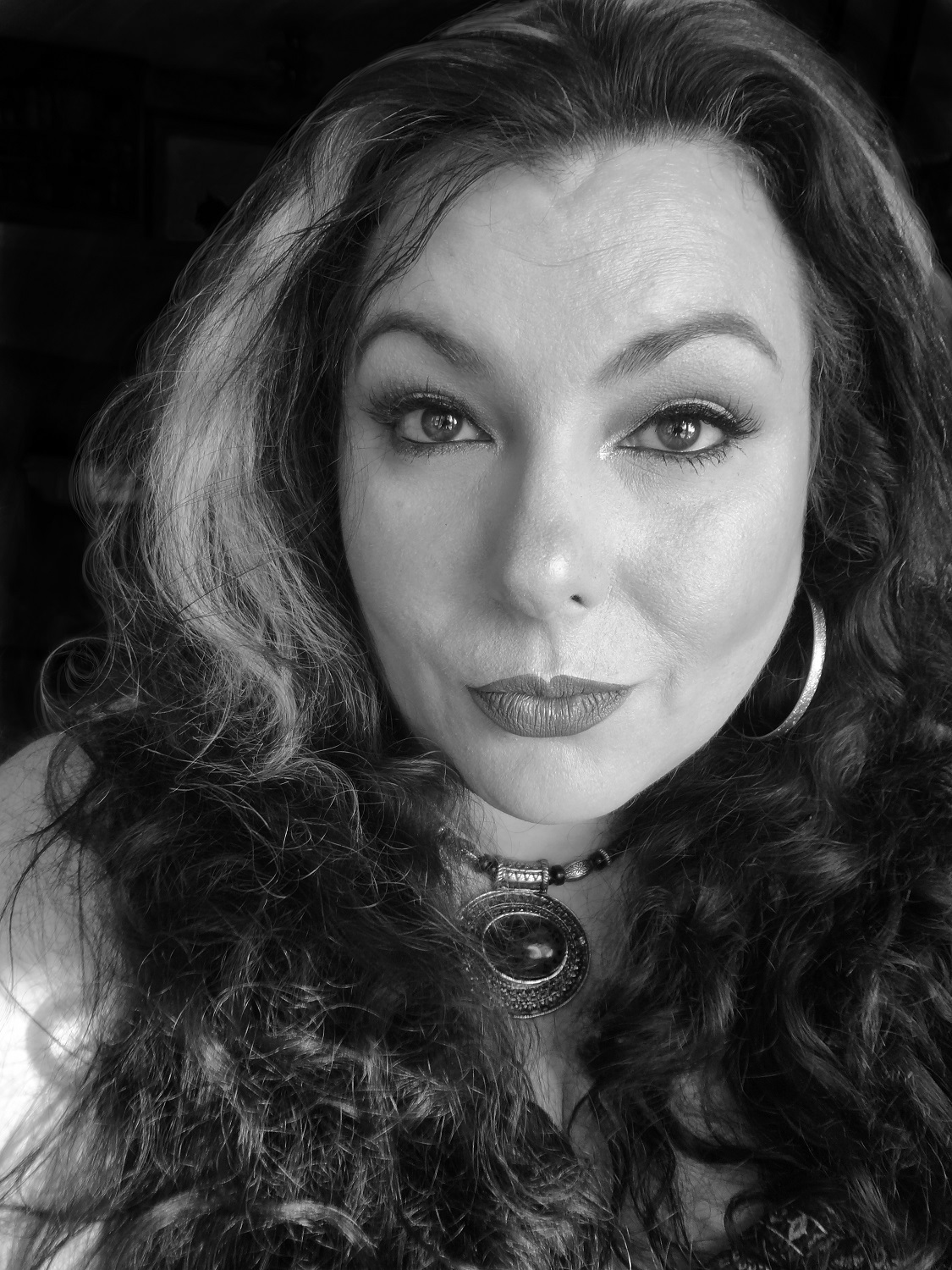 Hillary Monahan is the author of more than a dozen novels.

Other ways to support Hillary:

She makes really cool jewelry sometimes over on The Etsy Shop

She slings words over on Patreon, too.

And then there are the old faithfuls: